Stereotype in Writing (Definition, Purpose, How To Write + Examples)

Stereotypes are concrete generalizations about human beings, literary characters, sexual orientation, and traits that have formed over time due to prejudice, assumptions, intolerance, and lack of proper knowledge. 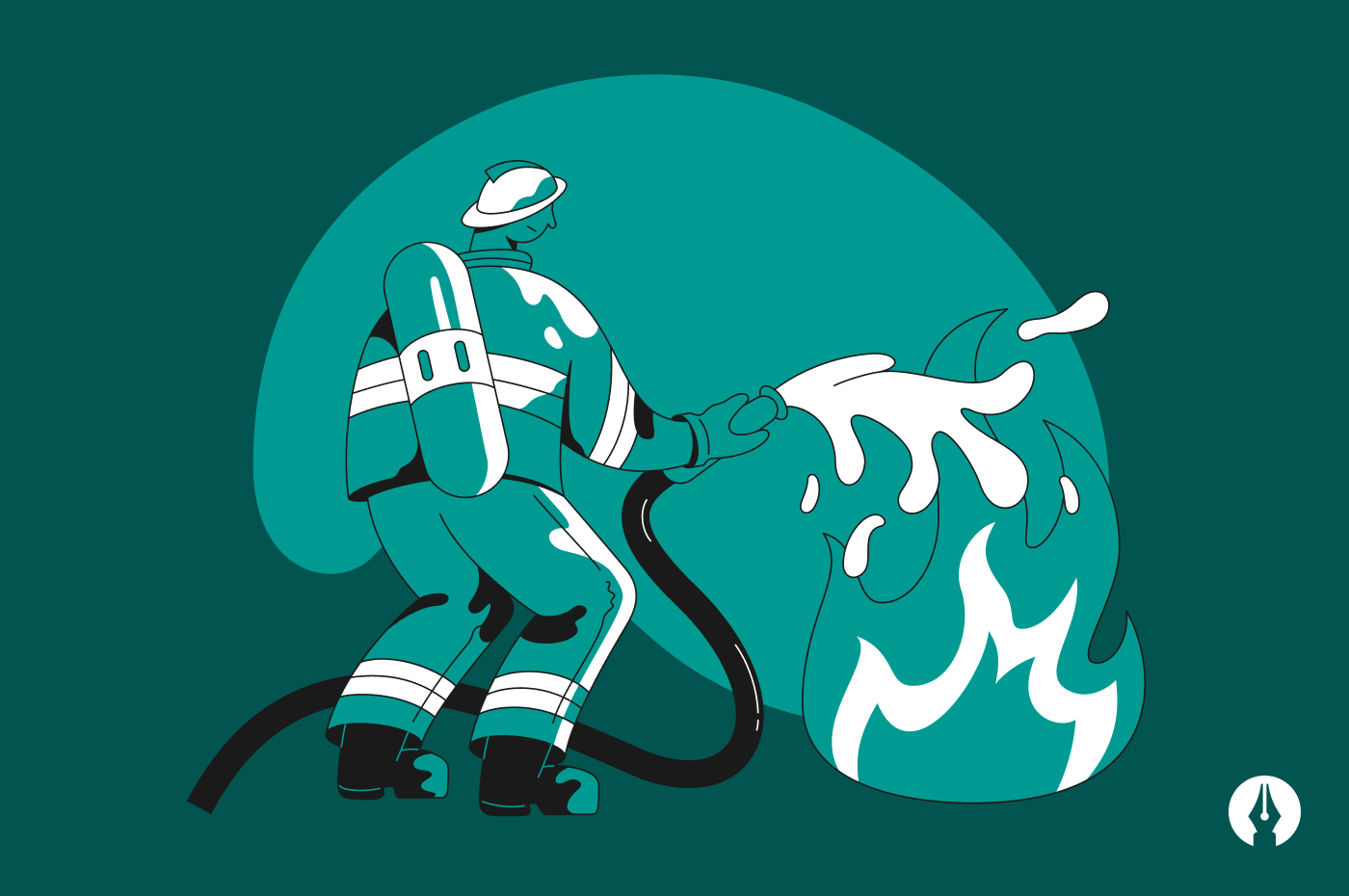 Merriam-Webster defines stereotype as “a standardized mental picture held in common by members of a group and that represents an oversimplified opinion, prejudiced attitude, or uncritical judgment.”

Features of Stereotypes & its Effects

In writing, we often find stereotypes in the literary context, and we’re talking about character stereotypes, character prototypes, plot stereotypes, cliched writing tools like overuse of cliffhangers, obscenity, stock characters, and so on.

If one is relatively new to the concept of stereotypes, here are some features to help identify them in a story, a novel, literature, and movies in general.

These stereotypes are commonly known generalizations across life.

They are acknowledged by everyone and can be easily identified in any context.

For example, the difference between two generations.

It’s a common stereotype that the older generation thinks of the newer one as immature and less hard-working.

In comparison, the younger generation thinks of the former as boring to talk to and lacking imagination – a dismissal of pop culture.

These stereotypes are so deep-rooted that they are hard to decipher in real life.

Take this sentence, for example. “We have a firefighter in our family.”

Most people will assume a firefighter to be a man when it could be otherwise. Dangerous, physically, and mentally challenging jobs are often attributed to men - mechanical engineers, CEOs, army servants, police, bodyguards, and so on.

Most implicit stereotypes go unnoticed due to widespread acceptance and lack of representation in media and life.

These may sound pleasant but often have an underlying stigma attached to them.

For example, “Women are kind-hearted and motherly.”

Although this sentence highlights a woman’s good qualities, it generalizes all women in that category with the undertone that women are gullible and will excuse anything.

The same applies to “mothers are forgiving,” “men are tough,” and so on.

An example of a negative stereotype is “All politicians have bad characters.”

It’s an oversimplification of traits seen in many politicians and other people.

These stereotypes target certain types of groups in an open derogatory way.

Types of Stereotypes in Literary Context

We find many stereotypical characters in literature.

Intolerant Christian parents, a mother begging her son not to leave, an affluent teenage girl being mean to their classmates, the radical communists, and many more.

These characters are boring readers of today.

Modern readers want a fresh perspective that is ethical, sustainable, and has a familiar foundation.

Does it mean the writer can use no stereotypes? Why, of course. There are various literary stereotypes to choose from, which are harmless and beneficial.

Stories are filled with generalizations, from stories of the Middle Ages to new releases.

Let’s look at the literary stereotypes.

A flat character is one-dimensional, has limited traits, and is predictable. They rarely develop and exist to take the story forward regarding the main characters.

They mostly conform to a stereotype and lack conflict.

Why do writers use flat characters at all?

You may use them for various reasons: maybe the story doesn’t require complex characters to support the main character or to act as the plot desires.

Examples of flat characters are:

Stock characters exist to intervene only when the plot demands it. They have no unwanted predictability. They are a simple archetype to support the plot.

Behavior stereotypes are the hardest stereotypes to get past because they are inbuilt in our belief system.

Some behavior stereotypes include employers acting biased toward a married woman and intolerant Christian parents not accepting their child’s sexuality. Avoid these at all costs unless it is teaching a lesson.

Situational stereotypes are plot-driven and are not ethically harmful. However, they are detrimental to a writer.

Examples of situational stereotypes are:

Why Writers Use Stereotypes (Purpose)

Writers use stereotypes to create familiarity with readers or connect to a group that relates to stereotypical characters.

While you can use this well, many writers use this to gain quick popularity among the masses who participate in such behavioral stereotypes.

A writer may use stereotypes to color the reader’s opinion.

These stereotypes are dogmatic beliefs about characteristics a person should possess due to their sex.

UN Human Rights says, “A gender stereotype is a generalized view or preconception about attributes or characteristics or the roles that are or ought to be possessed by, or performed by, women and men. A gender stereotype is harmful when it limits women’s and men’s capacity to develop their abilities, pursue their professional careers, or make choices about their lives.”

Language stereotyping reinforces racial, gender, and other types of bias through written and spoken language.

Language, the embodiment of a culture, nation, and faith, passes on prejudiced ideas across generations. It often has a limiting effect on people who don’t conform to such ideas.

Most people assume sexual orientation, socioeconomic status, and personality traits due to stereotypes. These are some of the most complex stereotypes to deconstruct.

Examples of such stereotypes are:

Archetypes in Writing Process (How To Write)

If you’re a writer and want to write a good story, you can use stereotypes to your benefit.

Literary agents often ask to avoid stereotyping characters in your story; however, do so if necessary.

Because media has shaped our minds, it’s easy to create a comfort zone for your readers by sticking to an archetype.

Here are some archetypes found in writing and media:

An archetype will help your reader connect instantly from around the world.

Tips on how to not write. 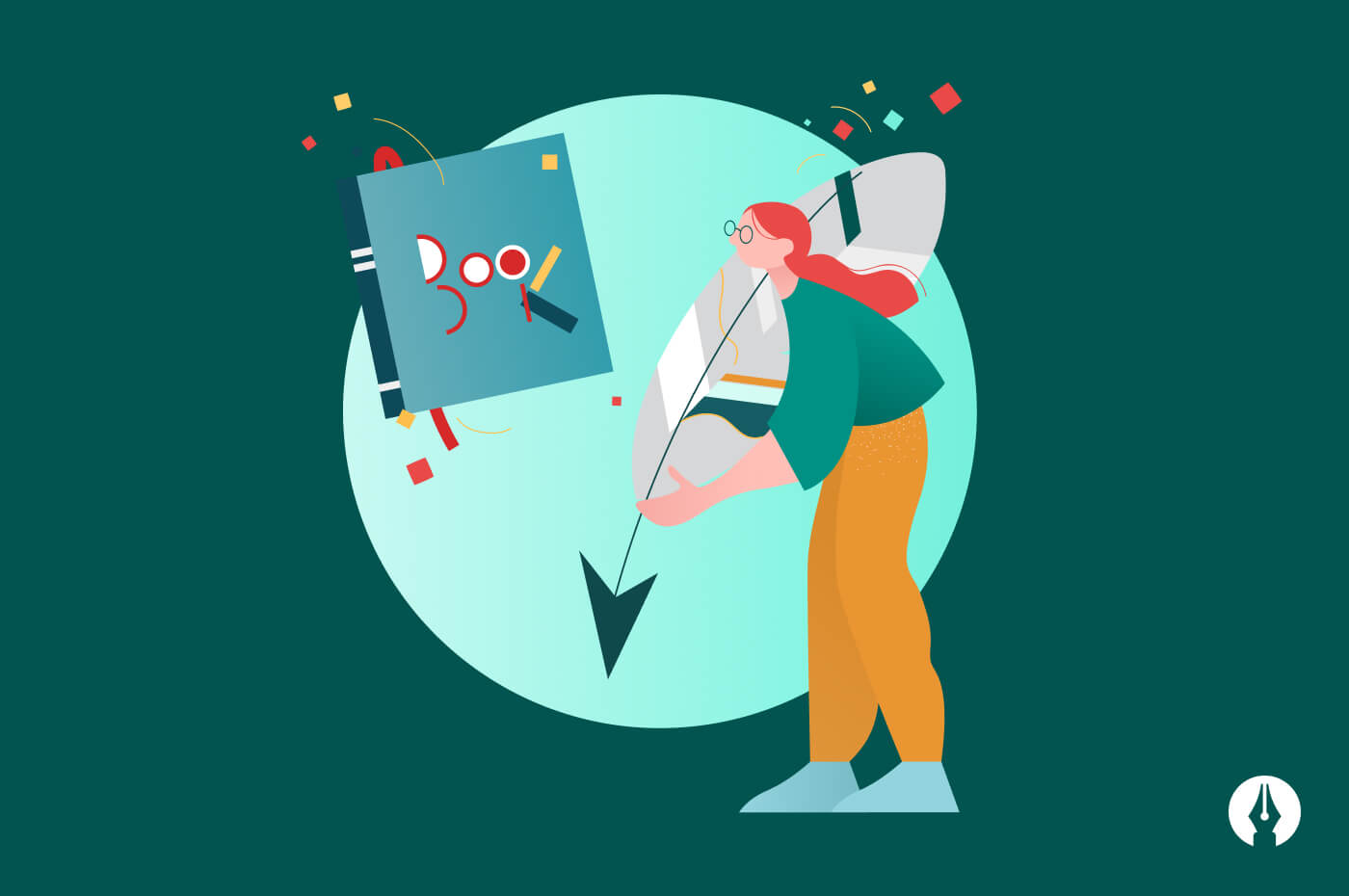 What Is Narrative Writing (Definition, How To Write + Examples)

Narrative writing is a writing technique that narrates a story. 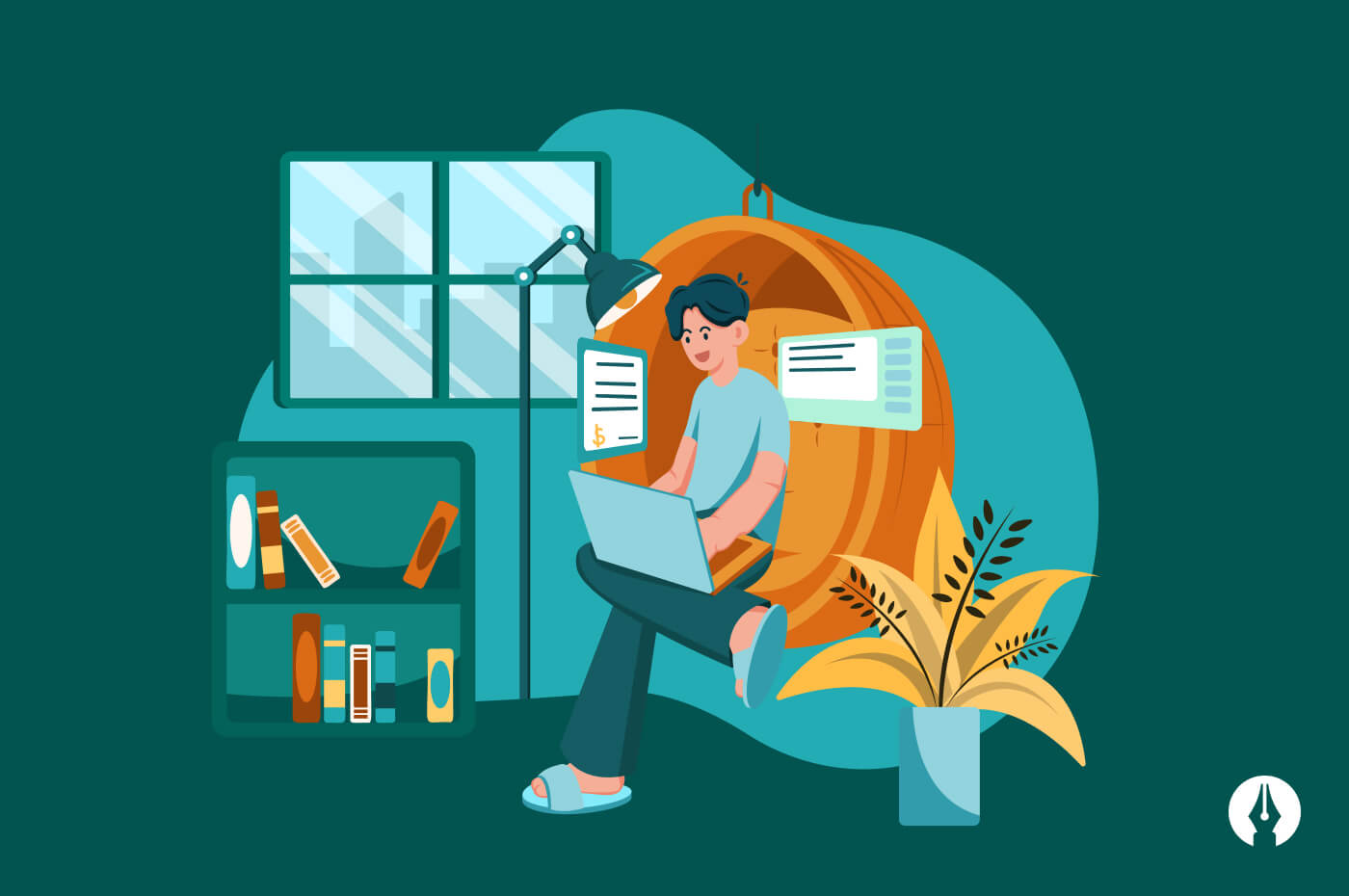 How To Create an Invoice for Freelance Work

Creating an online invoice involves including critical elements like a header and payment terms. Here’s what you need to know. 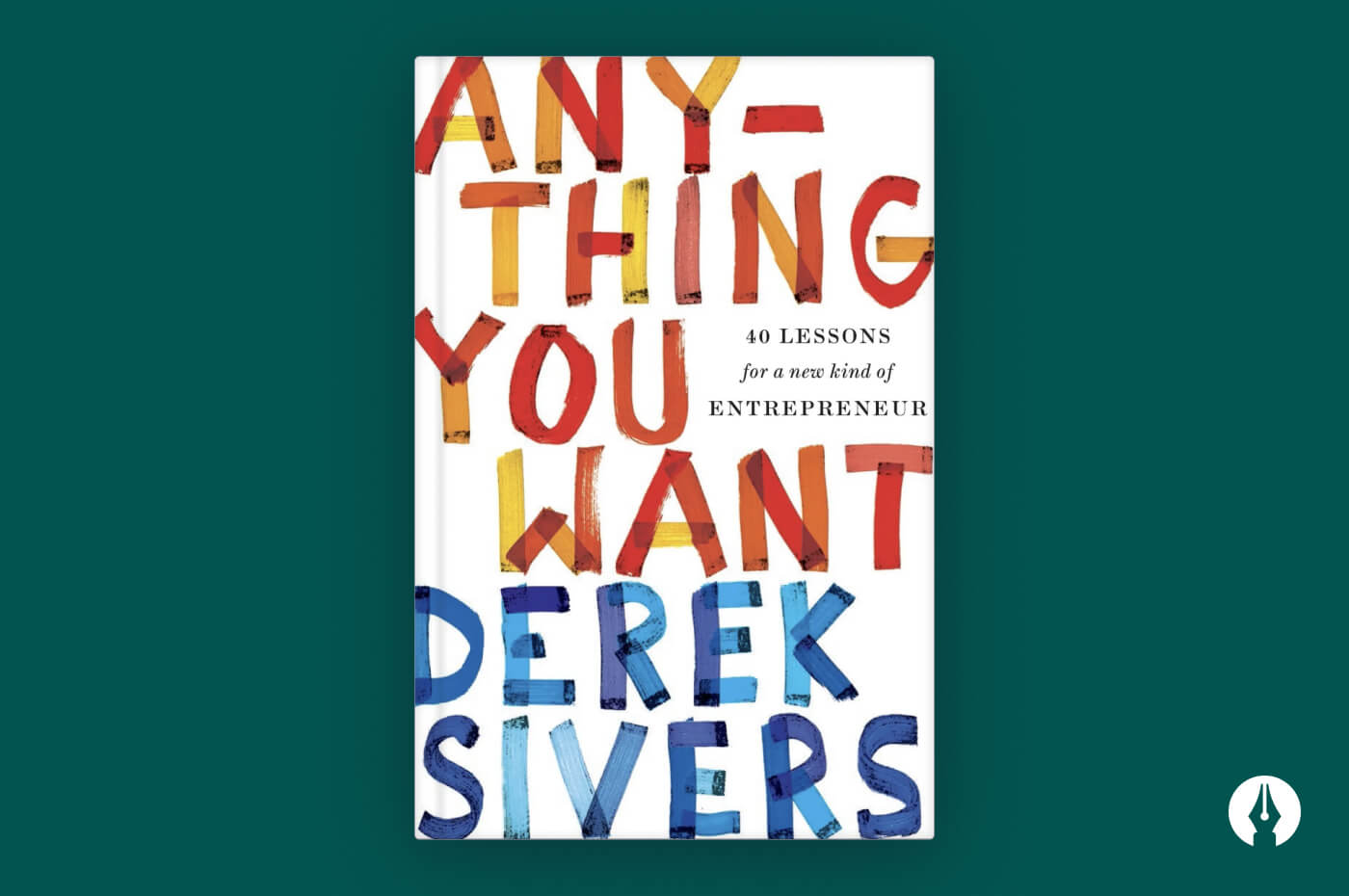 A great short book that teaches you that you can get anything you want out of life if you do things your way (ergo the name of the book). You don’t need to get funding, or be famous, or become a millionaire before 30. But you can. It depends on what you want. Highly recommended, especially to the lost entrepreneur.