What Is Irony in Writing (Definition, Purpose, How To Write + Examples)

The irony is expressing something contradictory to its literal meaning. 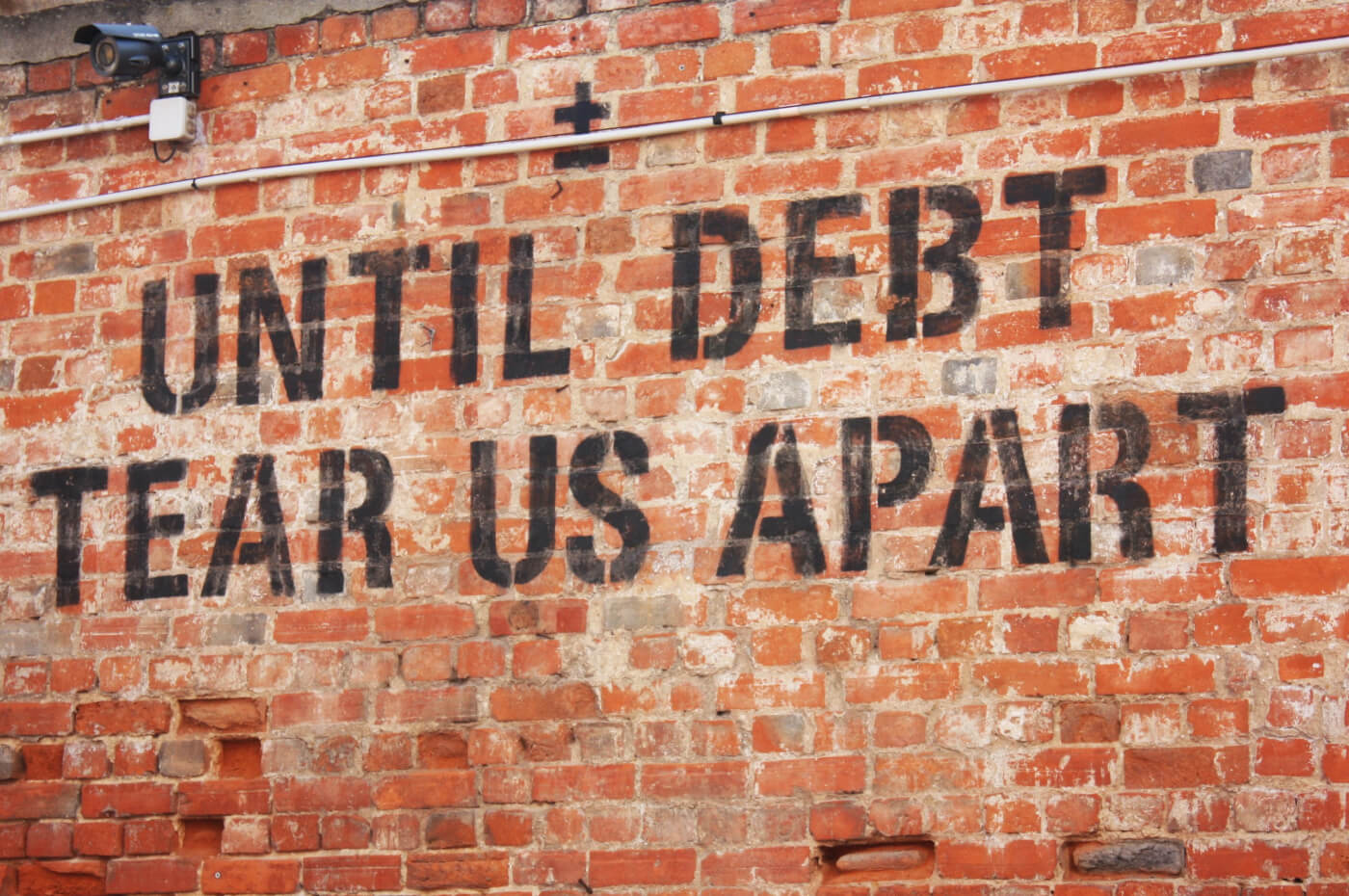 Irony takes place when there is an incongruity between appearance and reality. It is a literary device that can be used to portray illusion with the intent of ridicule and a hit of laughableness. Irony is when something is said or done opposite of its literal meaning.

The laughable quality of irony makes it more absurd, sinister, and practical at the same time. Irony often generates an unexpected outcome, humor, and poetic justice.

Example of an irony: "The world can finally expect peace after the establishment of the United Nations."

Irony can be found in everyday life, real-life events, situations, stories, character traits. However, in this article, we will focus on irony found in writing.

Why Do Writers Use Irony? (Purpose)

Irony brings depth, insight, and creativity in the process of storytelling. In literature, irony is used to bring complexity in the narrative structure, create suspense, and contrast knowledge and ignorance, expectation and reality.

The purpose of irony in creative writing is to twist words, scene, and expected outcome to fit the writer's message.

Types of Irony (With Examples)

There are several types of irony in writing. The major types include verbal irony, dramatic irony, situational irony, tragic irony, cosmic irony. Every story uses irony because it is versatile, dramatic, funny, and gives a sense of amusement even if the irony is wry and sinister.

Dramatic irony occurs not necessarily in plays. They can be found in any form of writing, be that short story or a poem. This type of irony involves the plot, the audience/readers, and the characters in the story.

An example of dramatic irony is when in Breaking Bad, Agent Schrader is looking for Heisenberg, the drug lord, without being aware that it is his brother-in-law Walter White, who has been there in front of him all along.

Verbal irony is produced through speech or dialogue of the speaker. It can be heard when someone says something opposite of what is happening intending to mock, severely underplaying something to the point of ridicule, or narrating an ironic event.

For example: "I know I have betrayed you before, but you can trust me this time."

Most verbal irony is directed towards someone.

Situational irony occurs when the readers' expectation from a situation (in a play, novel, or story) is overturned by something unforeseen, in a way that it has a sour connection to the event that led to this outcome.

This is often allied with situational irony. However, unlike the former, an invisible force is involved in this type of irony. This force may come in the form of fate, god, higher power, poetic justice, moral, or anything that has power and authority over the characters.

Unlike dramatic irony or situational irony, cosmic irony is fatalistic, and the reader or the audience can anticipate the outcome. It may be sudden, but not improbable. The idea is to restore harmony.

For example, someone who has been mean to one person being reprimanded for their actions.

This type of irony is seen chiefly in plays, mainly tragedy. It involves the title character, where the character believes something and carries out their actions on this belief, but in reality, they have misread the circumstances and have committed several fatal mistakes.

When the main character(s) realize this, it is often too late. The mistakes or decisions are irreversible, and the other characters in the writing help bring about the catharsis.

For example, take the story 'The Gift of Magi' by O. Henry.

The story involves two characters, a husband and a wife. They buy each other very unique Christmas gifts by sacrificing their personal belongings, only to find out the other's gift was to enhance the said belongings.

Named after the great philosopher Socrates, Socratic irony is used to unfurl deception. The subject is asked apparently harmless questions till the point where they confess.

Socratic irony is often used for educational purposes by teachers, to draw out a point from a discussion, and to engage the learners for better comprehension.

For example, during the interrogation in Season 5, Episode 14 of Brooklyn Nine-Nine, "The Box," Jake Peralta asks seemingly innocent questions to the dentist to get a confession.

Irony is mainly based on events, and it has a larger perspective in mind. On the other hand, sarcasm is a form of expression, primarily verbal.

Sarcasm is a form of irony with the intention to express. It is comic in nature and often indulges dark humor. Used as a form of verbal irony, sarcasm is a literary device used by pop culture to express dissatisfaction and mockery. Sarcasm is found in plenty in memes.

Satire is a larger concept than irony. It encompasses various aspects of cultural and societal issues and intends to expose flaws in the same. Satires aim to have an expository effect, a revelation of vices.

They are lengthier in form and intricate, and readers often require context to comprehend.

Examples of Irony in Literature

Pride and Prejudice by Jane Austen

Pride and Prejudice is also a social satire of 18th century England, where Austen implements ironic scenes to mock the social standards of the time.

The famous ironic statement from the book goes:

“It is a truth universally acknowledged that a single man in possession of a good fortune must be in want of a wife.”

Animal Farm is an ironic overstatement of politics, power, and ideas, and it falls under the category of social satire.

It uses the literary technique of allegory, political irony, and the intended meaning of the novel is to mock figures in power.

Oedipus Rex is irony come to life (not literally).

Warned by an oracle that her son would kill her husband, the Queen abandons her baby to die. Nevertheless, the baby survives, grows up, and inevitably kills his father. This is an example of dramatic irony.

Arms and The Man by Bernard Shaw

The play attacks the notions of war and love with the intention of disillusion and social change. Moreover, this is carried out in an ironic way.

Bluntschli describes cavalry charge in the play as,

“It is like slinging a handful of peas against a window pane.”

The above words are a great example of verbal irony.

How to Write Irony in Your Writing

The complete guide to writing irony:

Irony is easy to write once you get the hang of it, and practice makes efficiency happen. Understanding and observation will reveal irony in everyday life. Furthermore, finally, make rich use of the element of surprise. 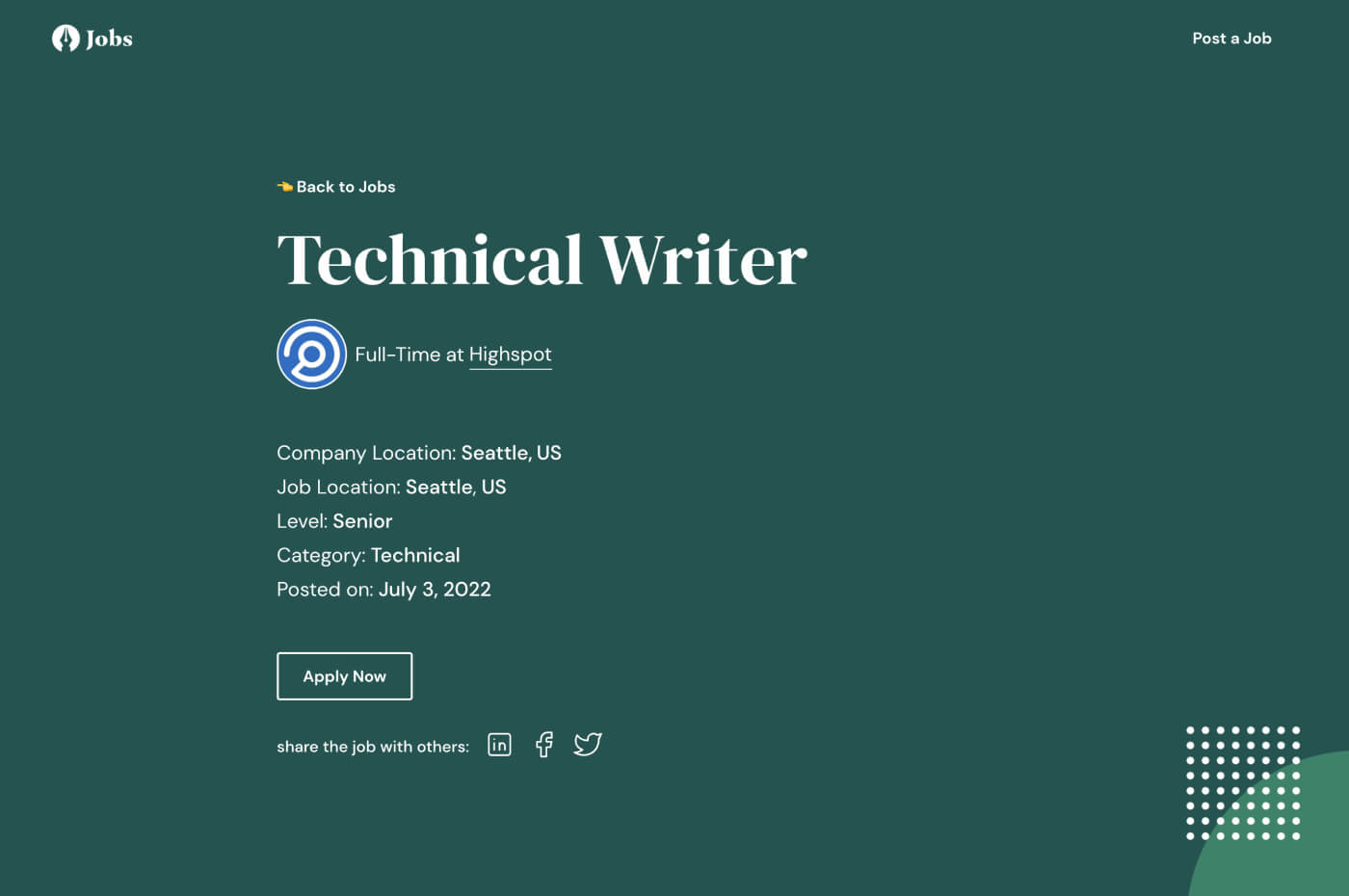 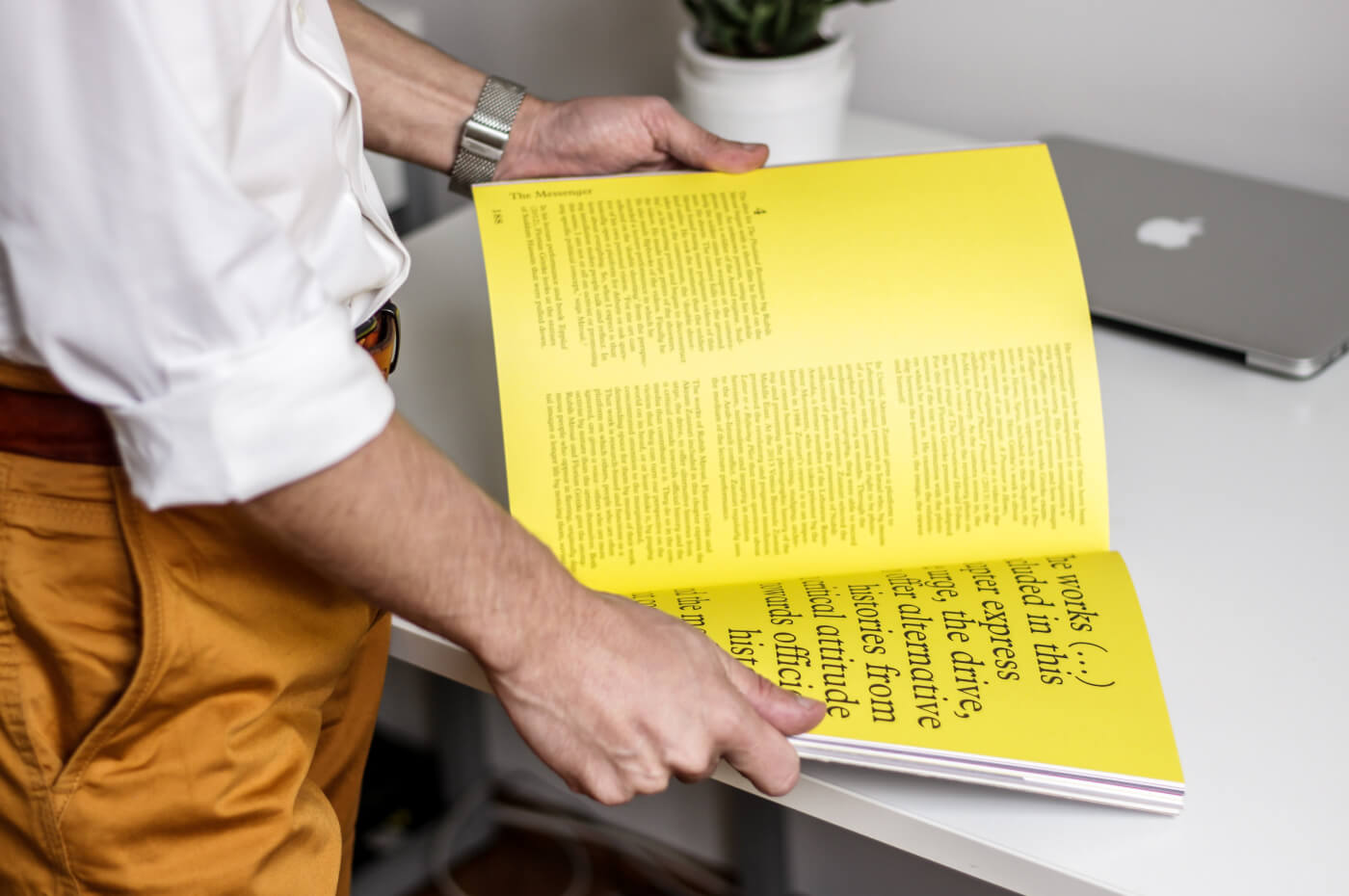 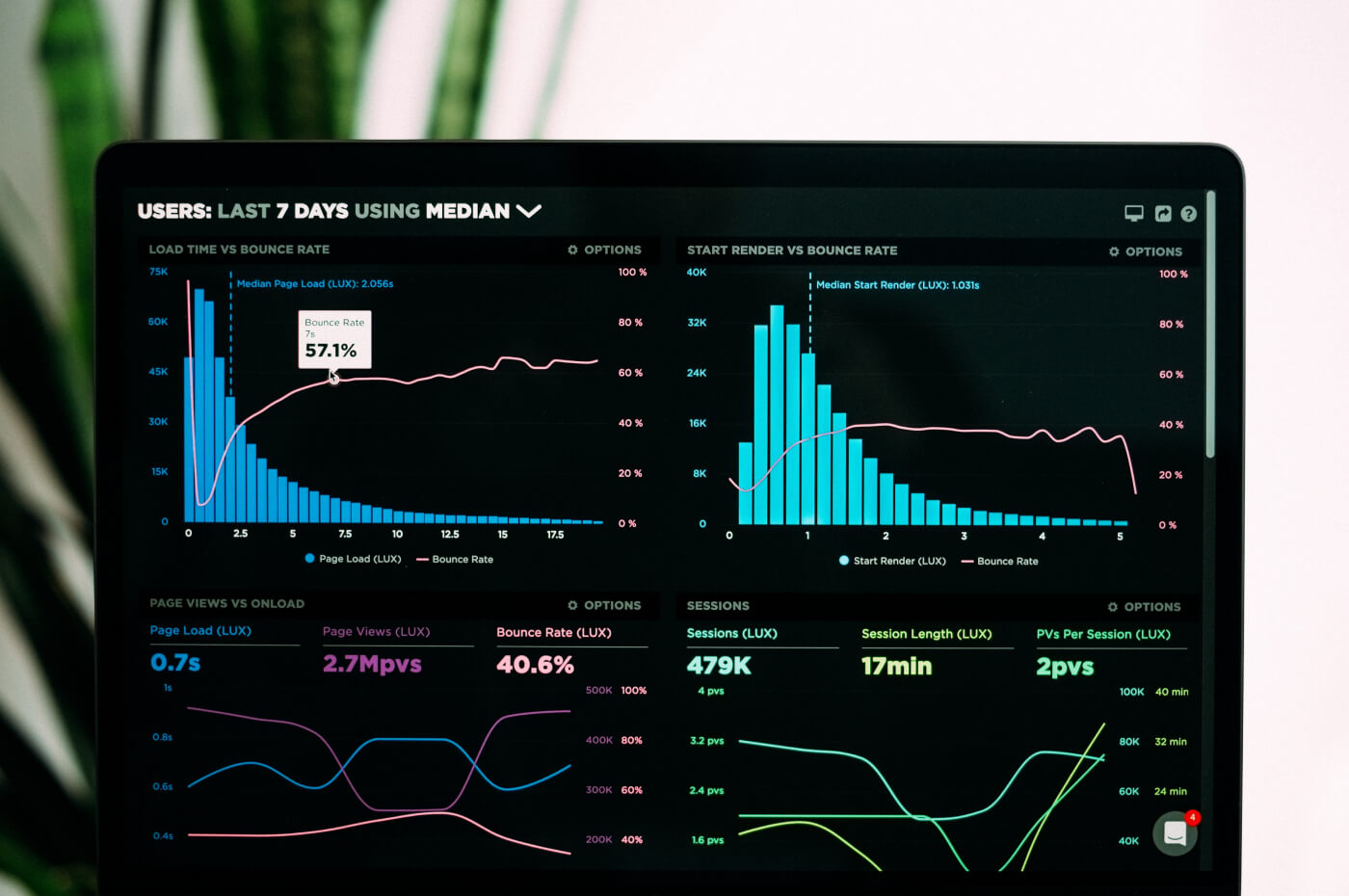