Richard Meadows Explains How to Become a Published Author

Richard Meadows explains how to become a published author, get paid as a finance columnist, and reach financial independence. 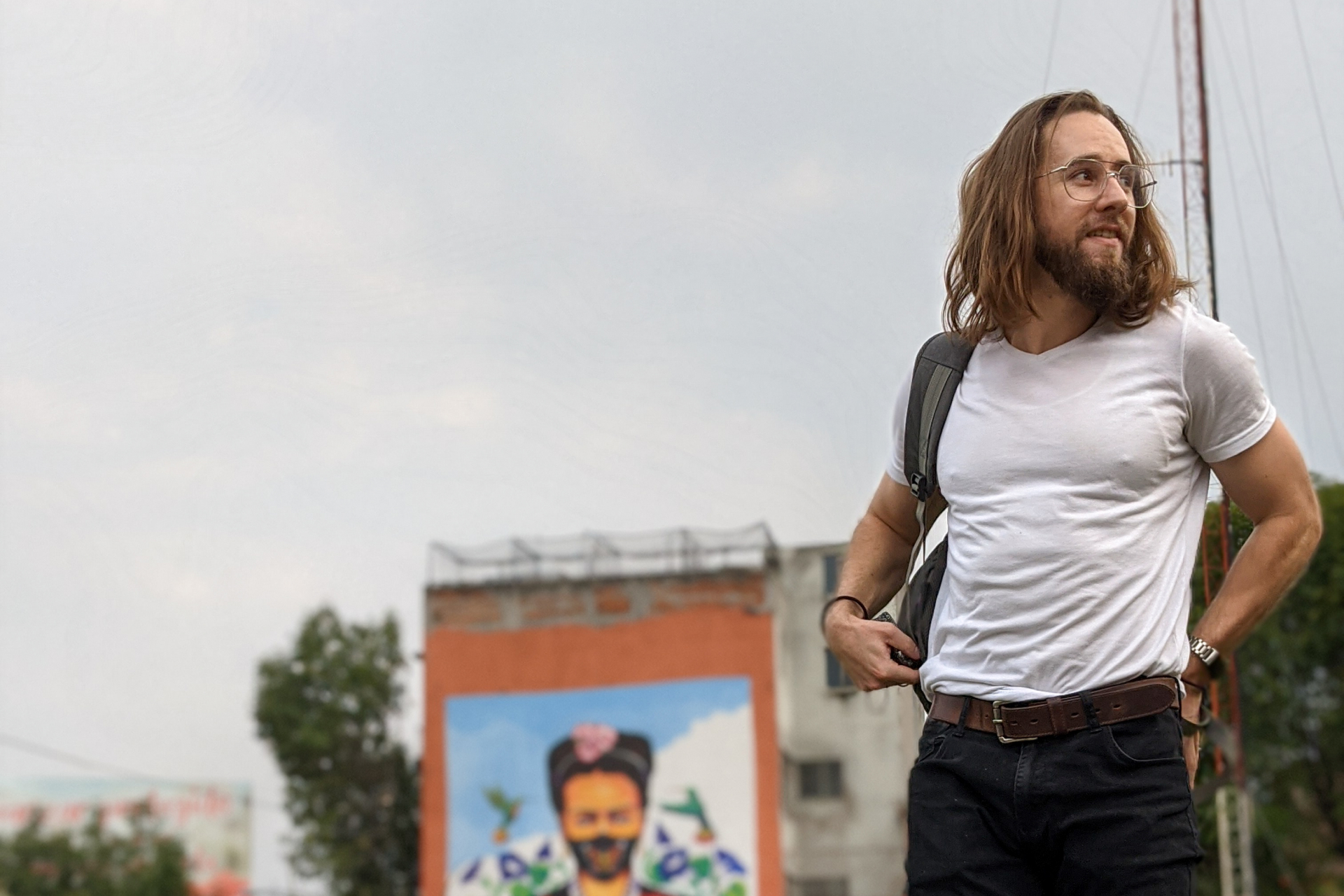 Richard Meadows is a finance columnist, investor, and journalist. His writing and gonzo lifestyle experiments have been featured in the likes of CNBC, MSN, Vice, and Yahoo Finance.

After quitting his full-time job at age 25, Richard reached financial independence while traveling and living across three different continents, which he wrote about in his recently-launched book, Optionality: How to Survive and Thrive in a Volatile World.

How Did You Become a Writer?

When I was a kid I was sure I was going to be a lawyer. I always had my nose stuck in a book, but becoming an author never crossed my mind. Instead, it happened through various twists of fate.

First, I got a scholarship to a decent but non-prestigious university. Then I chose the best course on offer, which was a degree in communications. I had a little taste of everything from radio to TV to marketing, winnowed down my options, and eventually majored in journalism. Now I’ve been a professional writer for almost 10 years.

The ‘follow your passion’ thing gets the causality backwards: passion emerges as a consequence of working hard to develop mastery in a field, even if you weren’t initially interested in it. It’s generally a bad idea to let a teenager choose your career path for you (I would have been a terrible lawyer!).

How Did You Get Your First Writing Job?

Mostly by trying a lot of different things and seeing what stuck. I took several internships during college, one of which turned into a job offer as a reporter for Fairfax Media’s national business bureau. Again, I had no interest or prior knowledge in business. As a little boy, I did not dream of one day growing up to read company balance sheets.  But it turned out to be a great decision, and laid the groundwork for my entire career.

The great thing about journalism is that it gives you a crash course in writing. You learn the beats of story-telling, the basics of style and grammar, and most importantly, are forced to ship a finished product every single day without being precious about it. There is no such thing as ‘writer’s block’ in a newsroom.

You’re also getting paid to develop expertise in a topic area, collect interesting stories and experiences, and build connections. All of these things were invaluable to me when I struck out on my own—I don’t think I would have made it as a freelancer if I hadn’t taken those early years to build a solid base of career capital.

What Skills Do You Need to Be a Good Writer?

I have two heuristics for whether or not someone can make it as a writer. First, anyone who has to ask ‘where do you get your ideas?’ is doomed. I can’t even begin to make sense of this question. Every tiny facet of the world is so ridiculously interesting that you’d have to be blind, dumb, and deaf not to notice. If you want to be interesting, be interested. Go out and do something. Run a lot of cheap experiments. Try on new identities. If you passively borrow your cues from the people around you, you’ll never have anything interesting to write about.

The second heuristic—on the technical side—is whether or not you put the work in every day. Most people don’t want to write; they want to have written. Too bad. There’s no shortcut. Read every single day, and write every single day, and keep on doing that for 10 years. Then you’ll be halfway-decent.

That’s the whole thing. Every single other piece of advice you hear is a distraction.

What Tools and Software Do You Use for Work?

I’m a big fan of a practice called Zettelkasten (German for slip-box). This is a big old mess of notes, ideas, quotes, inspiration, and stray thoughts I’ve collected over years. They’re connected together into chains of ideas that I can remix and reassemble into whatever form I want, kind of like a Lego set for writing. As you make more and more connections, you end up earning compound interest on your ideas.

The software I use for Zettelkasten is called Roam Research, which I had a small hand in developing. I structured and wrote my book in Roam. I do all my journaling and personal reflection in Roam. I keep all my notes and research projects in Roam. It’s become a one-stop shop for my entire digital life, and there’s no way I could go back to the bad old days of word processors and file managers.

Roam is expensive, but there are cheaper copies of it coming onto the market now, and anyone not taking advantage of one of these next-gen writing tools is probably missing out.

What Are Your Writing Habits?

I remember reading a book called Daily Rituals: How Artists Work, because I wanted to crack the code of how to become great. About the only common theme I could find amongst all these famous authors was ‘copious amounts of amphetamines’. Other than that, they were all over the map. They wrote at every hour imaginable, had wildly different routines and incantations and environments, worked steadily or in bursts, and so on.

So I don’t actually think it’s useful to try to imitate anyone’s routine, or convince yourself there’s some specific set of conditions you must fulfil in order to write. Better to do the exact opposite: take pride in being able to work anywhere, any time, in any environment.

The only habits that matter a damn are reading every day, and writing every day (and tentatively, some kind of Zettelkasten practice). Everything after that is either personal preference, or a kind of cargo cult mentality where you copy the external structures in the hopes that the muse will deliver the goods.

What’s the Best Investment You Made in Your Career?

The highest return on investment for me has been buying (and borrowing) books. It’s hard to put a number on it, but I think it’s at least 100x, and possibly closer to 1000x. Even when I was poor, the one thing I always allowed myself to spend money on without feeling guilty was books.

Somewhat more abstractly: I used frugal tricks to save a bunch of money, and then ‘invested’ that in taking a sabbatical from my office job to pursue other projects (most of which involved...reading more books). I’m still on that sabbatical several years later, and am unlikely to ever return to traditional work.

I am not one of those freakish people who can start a side-gig while also working a day job. If I hadn’t bought myself a reprieve from the 9-5 grind, I’m pretty sure I never would have had the gumption to do anything about it.

What Are the Most Influential Books in Your Life?

This is the part where I tell you about the beloved book that’s worn out from being flipped through over and over, but... I don’t really have one. I much prefer new material to rereading the same books, but I understand the appeal—as I move from exploring to exploiting, I’m looking forward to revisiting some of my formative reads.

In the nonfiction world, Nassim Taleb has been my biggest influence by far. I’ve read all of the books in his Incerto at least twice. In fiction, I’m obsessed with Terry Pratchett’s Discworld series, which I first read as a young teen, and have returned to over and over as I fail to find another author who comes anywhere close to his warmth, wit and biting social commentary (if anyone has a suggestion, let me know!).

What Are Your Favorite Writing Quotes?

I like the Thoreau line “How vain it is to sit down to write when you have not stood up to live”. John le Carré has a riff on the same theme: “A desk is a dangerous place from which to watch the world.”

Another one I repeat to myself as a kind of mantra is a line by Epictetus: “First say to yourself what you would be; and then do what you have to do.”

If Someone Wants to Be Where You Are Now, How Can They Get There?

Invent a time travel machine, return to the date of my birth, switch me out of the cradle as a changeling, and assume my identity.

Failing that, I suggest a) create some kind of platform which you own, and b) start building an audience at the earliest opportunity. Do it years before you expect to actually sell anything. Be helpful to total strangers. Solve their problems. Reply to emails. Do things that don’t scale.

Then, when the time comes to launch your product or sell your services, you will already have a legion of appreciative readers (or a battalion, or a troop, or at the very least a small squad) ready to kickstart the momentum needed to succeed.

That’s what I did with my blog, the Deep Dish. My readers helped me develop the content of my book, Optionality, pick out a title, proofread it, market it, and spurred me on with encouragement at every step of the way. There’s no way I could have done it without them.

Life is a multiplayer game. Give, give, give as much as you can, and you will be rewarded in the long run. 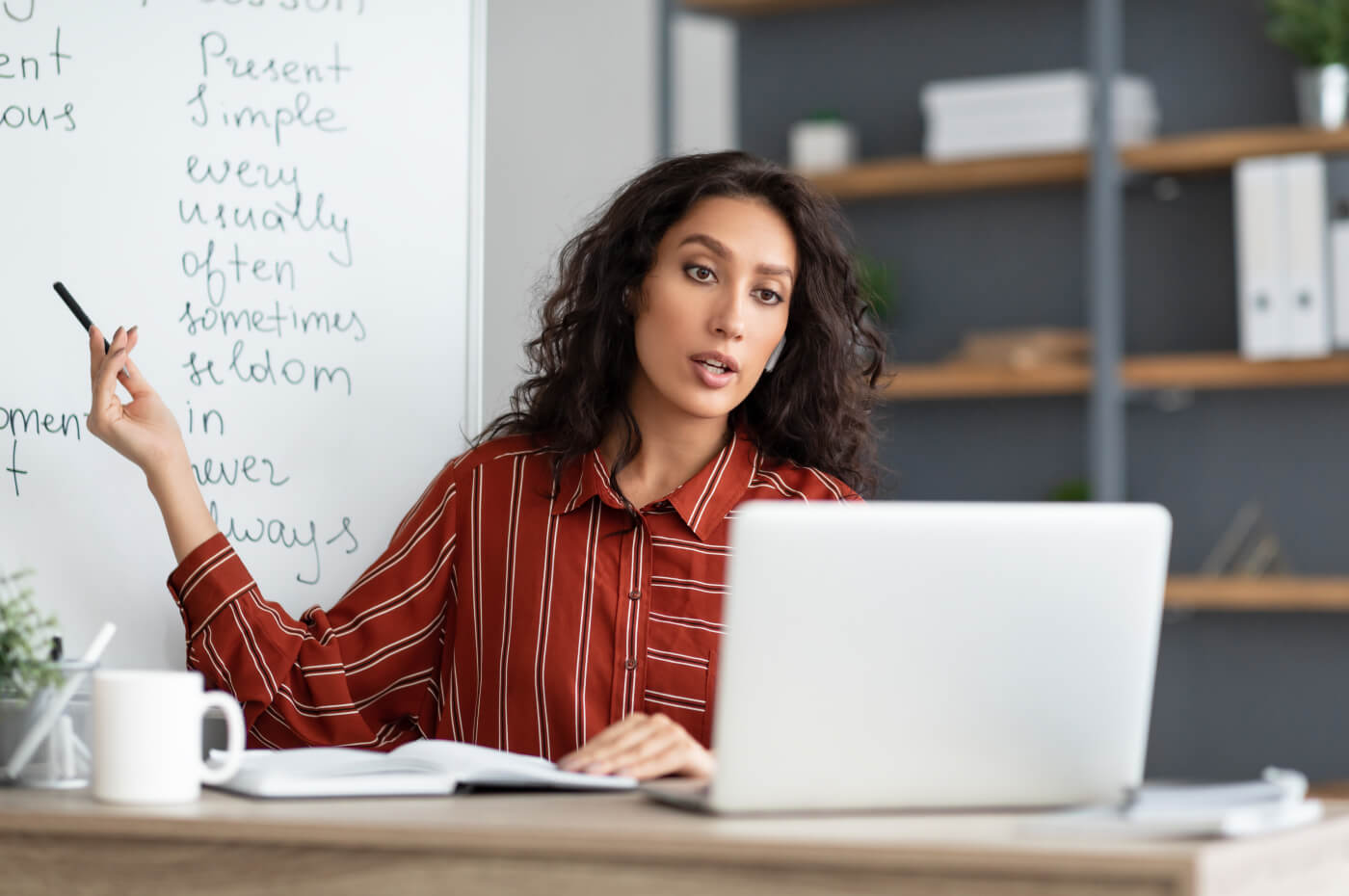 Imagine Facebook Messenger, Skype, Twitter, or any app or platform without a built-in spell checker. What do you think will happen if you send an email without knowing you’re making a writing error? 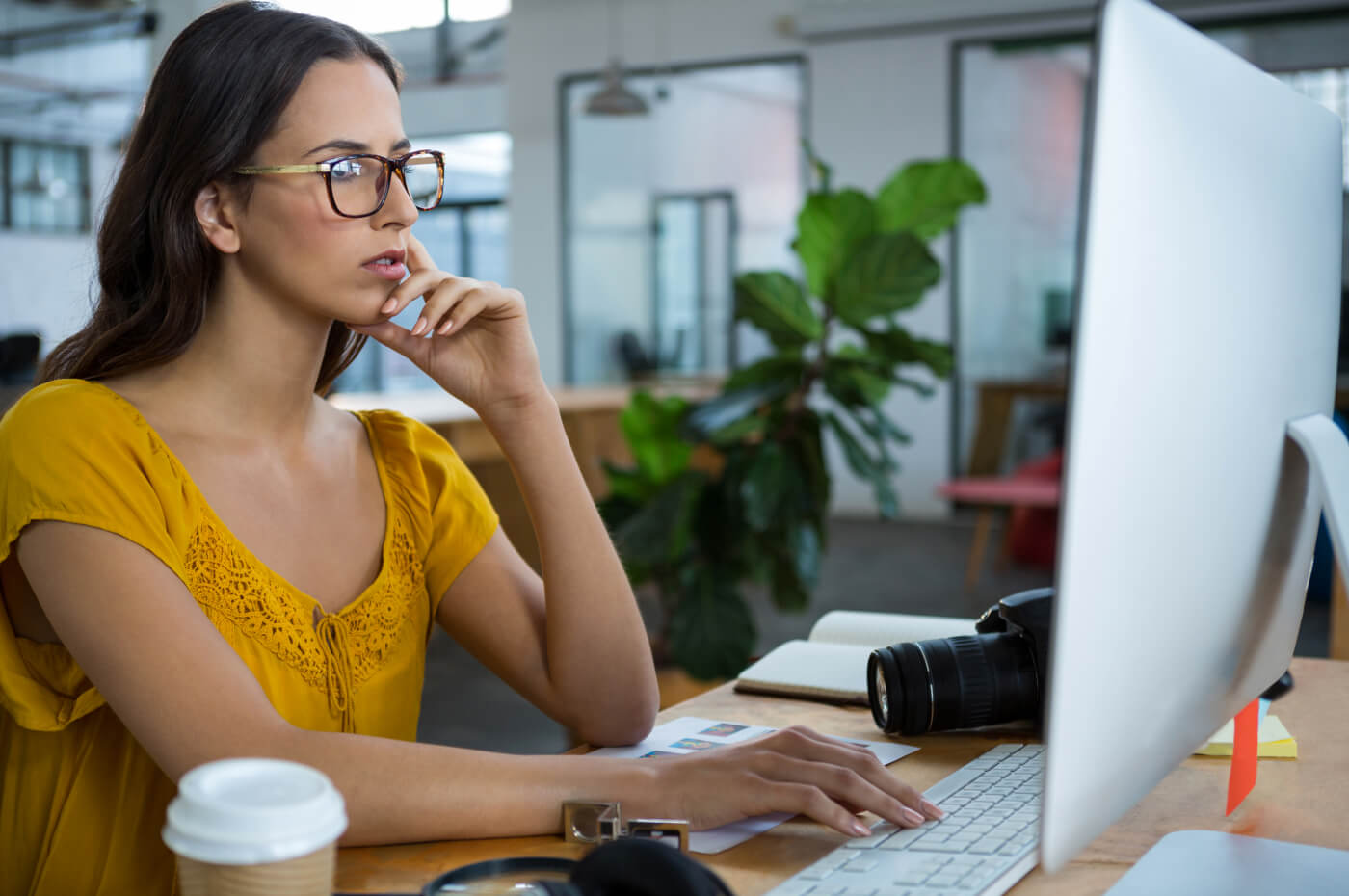 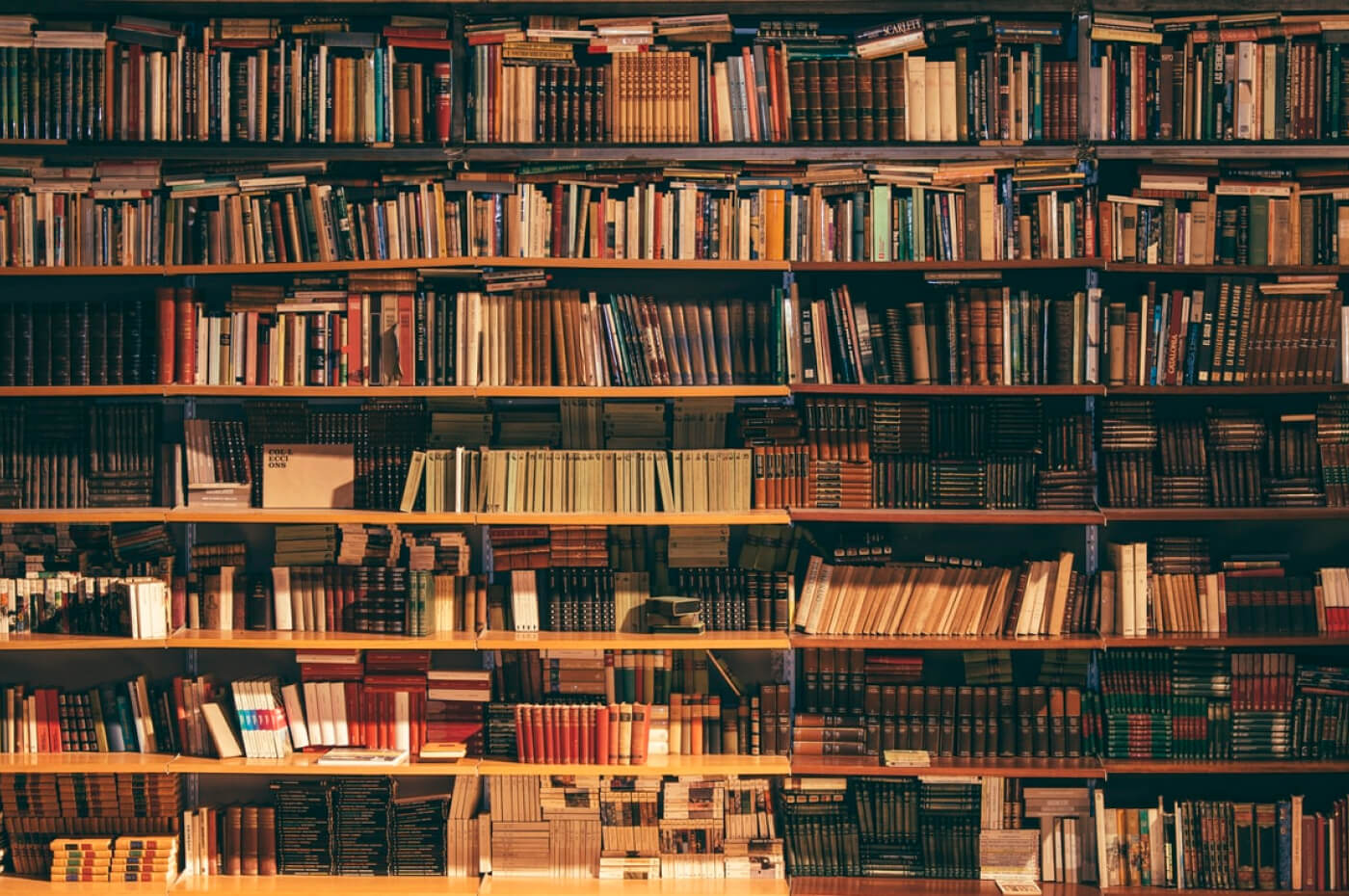