How To Become a Freelance Journalist With Kyrill Hartog

Kyrill Hartog talks about his journey from being a freelance journalist to becoming editor-in-chief of an independent magazine. He shares his diverse background, writing inspiration, and examining what it takes to become a great writer. 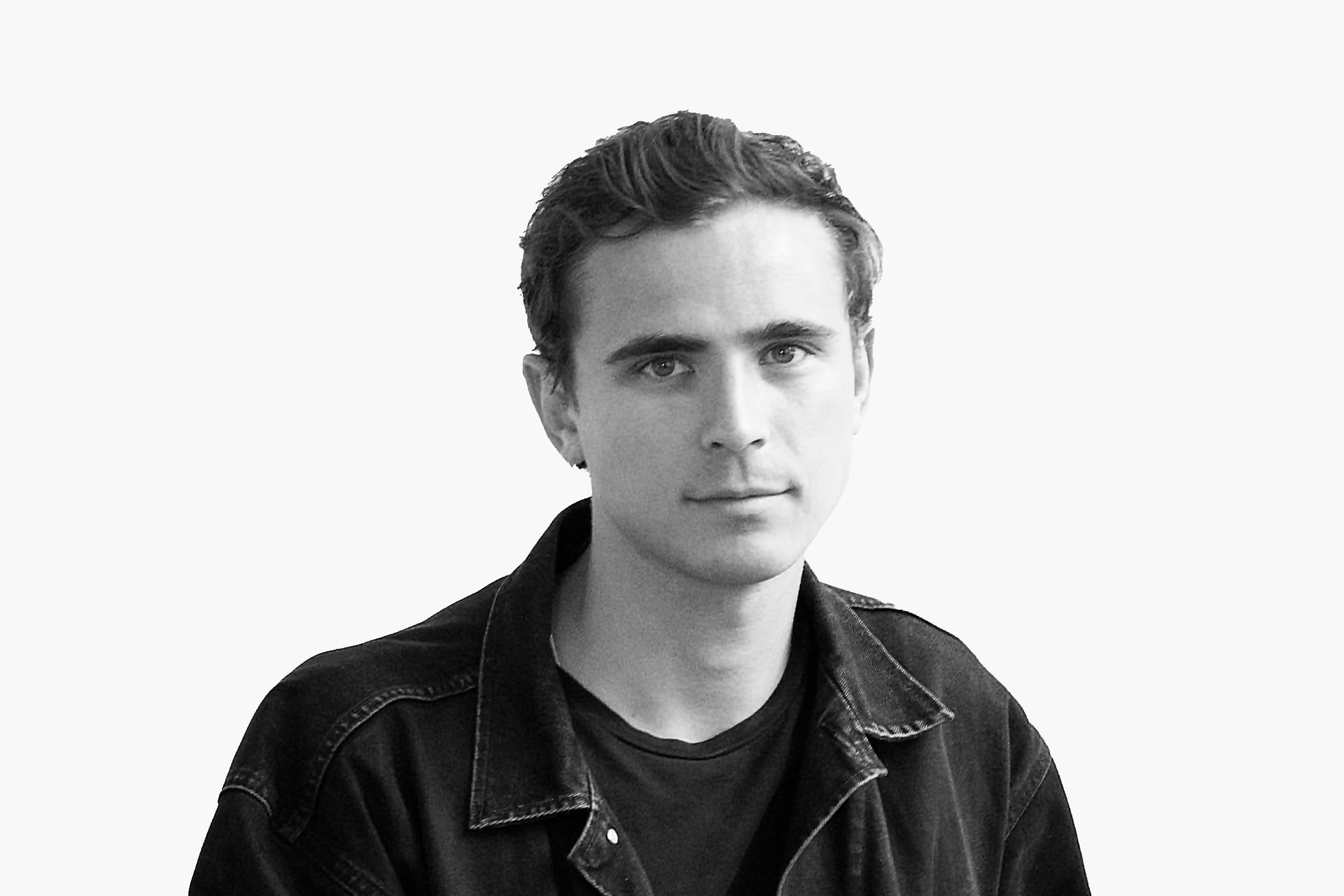 In 2015, he co-founded Are We Europe, a quarterly magazine about European identity, with three college friends. They’ve printed 11 issues and grown into a community of 700+ budding writers, photographers, and illustrators since then.

They have an office with 15 team members based in Brussels and a branded content studio on the side! It’s been a dream come true, and he couldn’t have asked for a more exciting and insightful learning experience than founding and running his own media startup through all these different stages.

On the side, he now freelances for some amazing companies, including 50inTech, Welcome to the Jungle, Malt, and many others. He mostly writes about the future of work, though he also jumps on board as a communications consultant and market researcher once in a while.

He also writes op-eds for The Independent and longer features for The Guardian, mostly about Europe and politics.

How Did You Become a Writer?

Ever since I was a kid, I used to love writing. I won more than one short story contest in primary school. In high school, I sucked at sciences – especially math and chemistry. History, Philosophy, and English, on the other hand, were my favorite subjects, so I guess the signs that I was going to write words for a living were already there.

I did several unpaid and extremely boring internships in communications and PR at NGOs, startups, and foundations before realizing I needed something more challenging.

That’s when I decided to go freelance and start my own thing. The best decision I made was to take a class during my master’s in Paris where the professor encouraged us to post regularly on Medium instead of writing conventional essays. The professor saw potential in my writing and recommended me to one of her clients—a French startup looking to expand to the Netherlands. As I knew both markets and spoke both languages, they hired me as a market researcher, and that was my way into what I like to call the “future of work” industry—though at first not as a writer.

As cliché as it sounds, I learned that you could definitely “fake it until you make it” because I had zero experience as a consultant. Still, by being communicative and understanding my client’s needs, I could go a long way.

To think quickly on my feet, improvise, and learn on the job — those are my talents. These are all essential skills for freelancers who, like me, enjoy the idea of job-hopping and exploring different things.

How Did You Get Your First Writing Job?

My first writing job came from being recommended to an editor by someone. It led to several more commissions with that client until I realized they were severely underpaying me. But by that point, I had already started pitching stories elsewhere.

If I could go back in time, I would have been less anxious about asking for a fair rate for my work. It can be challenging to navigate negotiating word rates or hourly fees when you’re starting and comparing what’s fair and what isn’t. Freelance writers tend to undersell themselves at first. At least, I did.

Today, I get more requests than I can handle, so I only take jobs that pay well or, if the budget is limited, that genuinely interest me. It’s a luxury, of course. I’m starting to outsource more and more to other writers, so if you’re ever in need of a copywriting gig, hit me up!

What Skills Do You Need to Be a Good Writer?

In my years as an editor, I’ve seen so many smart people who seem knowledgeable in their pitch, but then they submit their first draft, and it’s just awful.

That’s why I'm even more convinced now that writing is an art in itself and one that way fewer people possess than one might think. You may have a fantastic idea, but telling that story to an audience is a different beast altogether.

Good writing is like music: it’s about flow, rhythm, harmony, and some kind of balance between sections and the way arguments are built up.

The kind of writing I edit — long reads and feature articles — is probably the hardest because it combines literature with journalism, fiction with fact, and so it’s about style as much as it is about the content.

What Influences Your Writing the Most?

As a teenager, I would have sworn that the New Yorker magazine was the pinnacle of English-language writing.

In some ways, I still think so, even though I recognize now that it’s also obscure and too high-brow for daily consumption.

Media outlets like The Atlantic, The Economist, and The New Yorker inspire me to be a better journalist. And newsletters like Dense Discovery and Are We Europe remind me that, while facts and objectivity are key, there’s nothing more powerful than a human and personal portrait that tells a bigger story.

I feel like we need more of those stories nowadays.

What Tools and Software Do You Use for Work?

The absolute essentials are Google Drive (especially Docs) for writing and tracking comments/edits, Slack for daily communications, Calendly for scheduling meetings (I recently discovered it, and it changed my life), and Miro for brainstorming in teams.

What Are Your Writing Habits?

I’ve created a Spotify playlist appropriately titled “Productive,” filled with ambient techno and instrumental beats. I put on whenever I have to edit or write at lightning speed (which tends to be almost every day). For deep thinking, it’s usually classical music. I can’t do anything with lyrics.

Another habit is time slotting: assigning specific hours of the day to specific tasks.

And, last but not least, I do a lot of Freeletics: short, high-intensity interval workouts, either right before lunch or dinner, can do wonders to lift my energy levels and make me feel more level-headed and focused.

Especially when work gets stressful, exercising is critical.

What’s the Best Investment You Made in Your Career?

The best investment I ever made was buying an ergonomic mouse and keyboard since I got tennis elbow and sore joints from typing the wrong way. I cannot emphasize enough how important physical health is to be productive and lead a happy life.

Other than that, I haven’t taken any masterclasses or workshops. Maybe I should. I don’t know.

What Are the Most Influential Books in Your Life?

I wish I could recommend great non-fiction books about productivity or working, but the truth is I don’t read those — I’ve never felt excited about them.

I almost exclusively read novels, literature, and usually from the previous century. There are way too many influential authors to mention here. Still, the ones I always recommend to anyone are Milan Kundera, Vladimir Nabokov, Franz Kafka, and Jack Kerouac because I like to think they each capture certain aspects of the human existence that we all share between us.

Journalism-wise, Cristopher Hitchens, Anne Appelbaum, and my sister Eva Hartog are massive inspirations. And as editor of Are We Europe, I work with so many talented writers each day from all over the world — it’s such a privilege.

What Are Your Favorite Writing Quotes?

The only quote about writing that I can remember is that famous one by Mark Twain, where he says:

“I apologize for such a long letter - I didn't have time to write a short one.”

It’s so accurate. In 99% of cases, I believe less is more. I’m a ruthless editor when it comes to this, and I also like to think that my ability to be succinct when necessary makes me a better writer myself.

If Someone Wants to Be Where You Are Now, How Can They Get There?

First of all, question yourself whether you want to be a writer or whether someone has just sold you a romanticized ideal.

Because the truth is, it isn’t easy.

But if you want to go for it, don’t hesitate. Start writing, first for yourself, and then when you’re good enough, for your dog, family, and partner.

Bit by bit, you’ll start finding your style and your voice—that’s going to set you apart in the future.

Another thing: nobody, and I repeat, nobody, can be a good writer without being a good reader first. You need to dig into texts and borrow from authors you admire as much as possible. It’s the only way to get better.

Also, figure out what kind of topics genuinely interest you. Once or twice, I’ve pitched to publications I didn’t care about on topics I didn’t know enough about.

Editors know. They can sense it, so they don’t choose you. Stick to what you love and what you know best. That doesn’t mean you have to become super-specialized – I never did – but at least make sure that you are the right person to be telling the story. 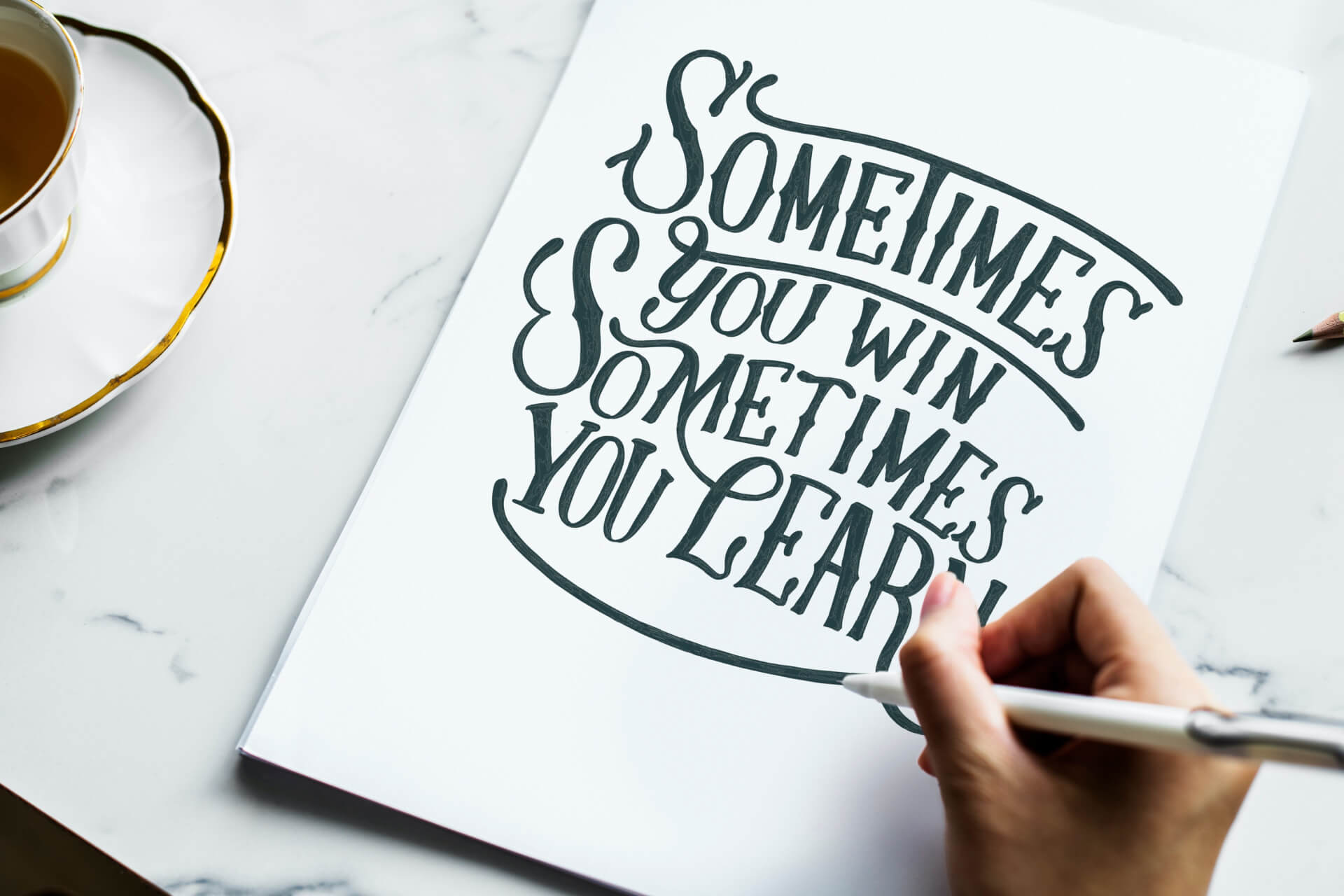 99 Brilliant Apps and Websites to Learn Something New

With the rise of online education, it's easier than ever to learn new skills by taking online courses. Here are some of the best websites to learn something new and advance your career. 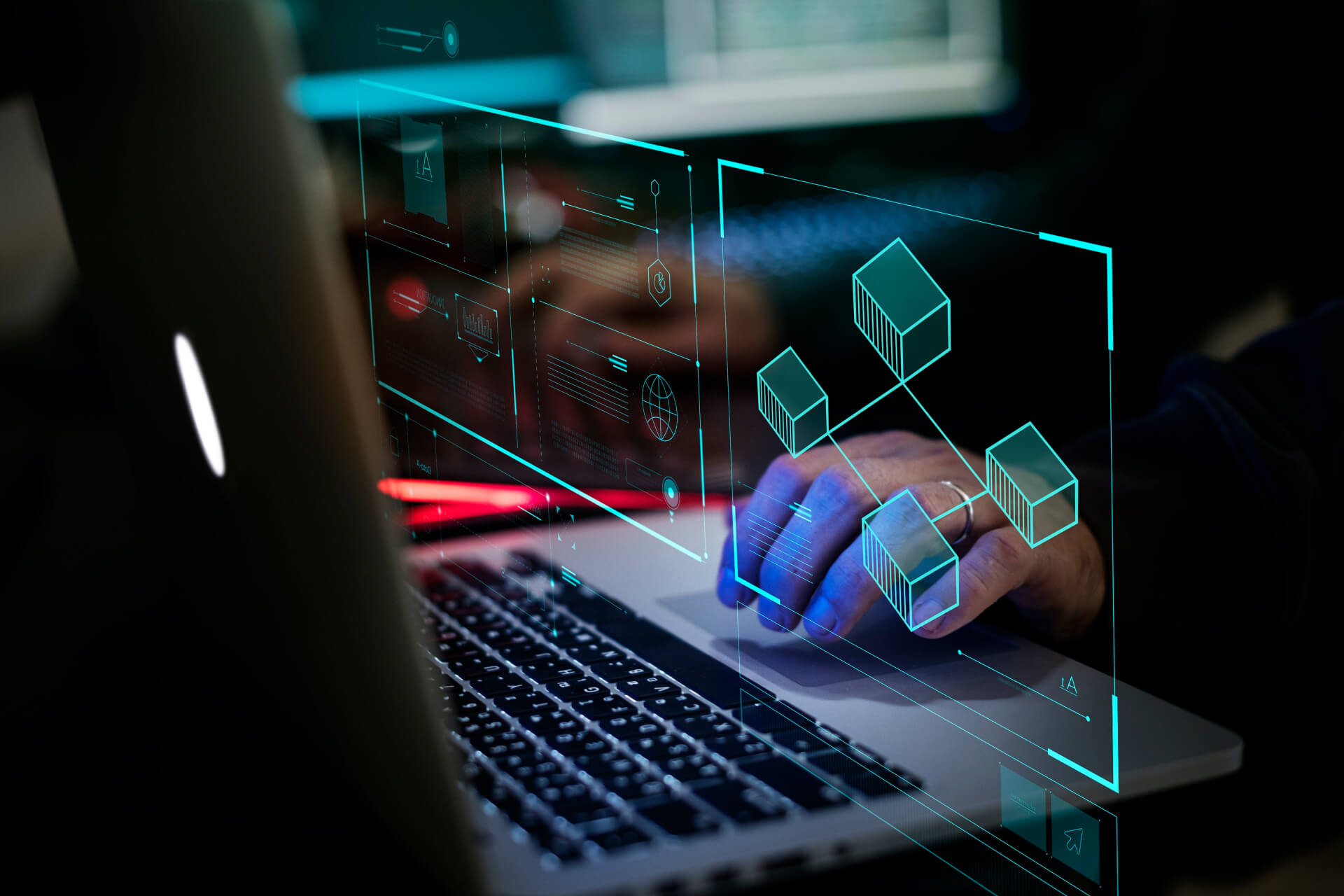 One of the hardest parts of freelancing is staying organized. As a freelance writer you need to manage projects and clients while keeping track of all their data and documents at the same time. 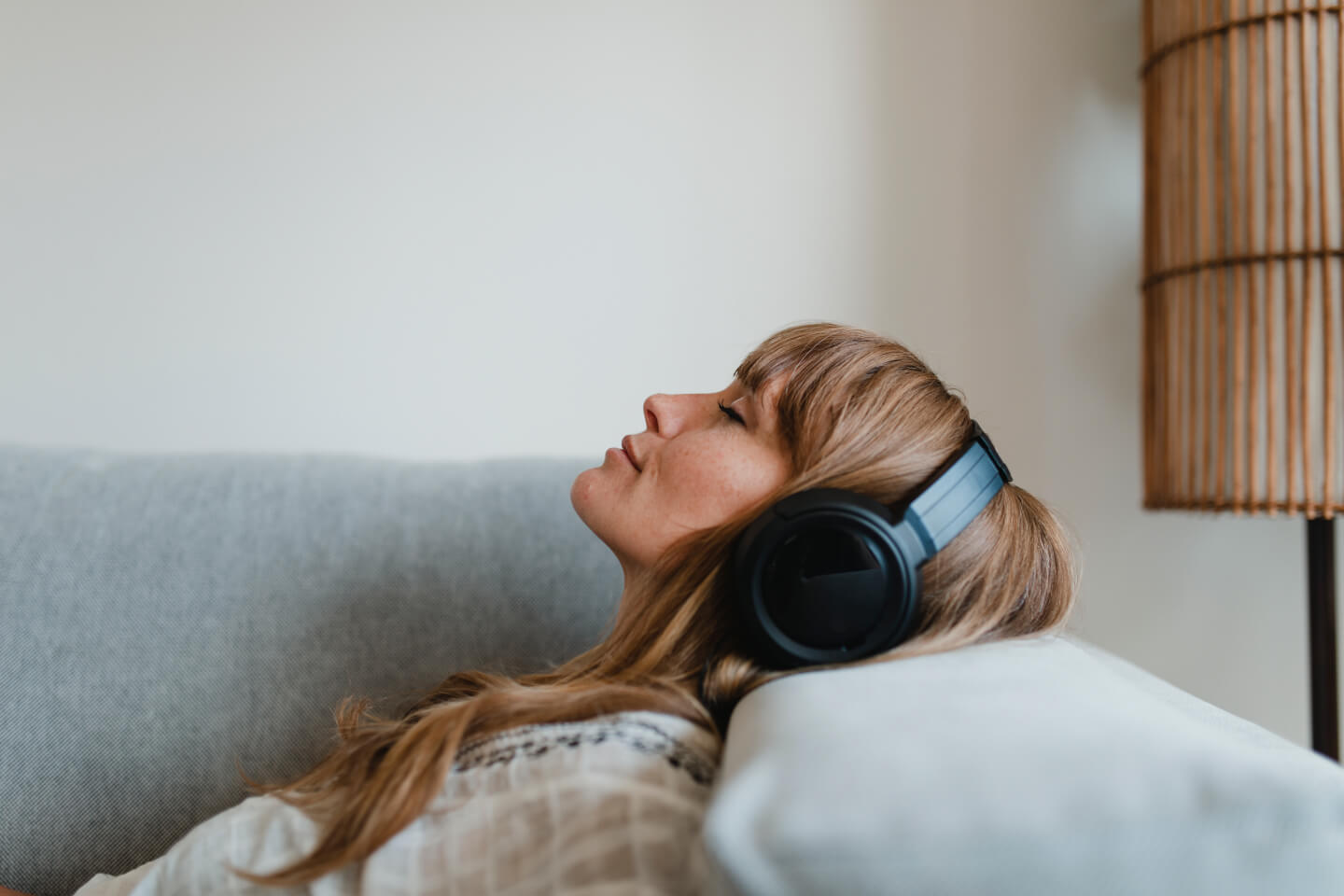 Get rid of the annoying background noise on video calls with these noise-canceling apps for mobile and desktop.